Notch up a gabillion cool points for HTC. The Taiwan device manufacturer has just announced that it will buy a 51% stake in Beats Electronics for a cool US$309 million.

The acquisition will give birth a line of HTC devices that will prominently feature the Beats brand and technologies in its hardware. HTC says HTC-Beats phones will debut in time for the holiday season.

In the mobile device turf war, HTC’s move to acquire and integrate a critically-acclaimed brand like Beats into its product lineup will definitively set the Taiwan brand apart from its competitors. When the HTC-Beats phone hit stores later this year, you can expect drones of Beats fans coming out to grab it. 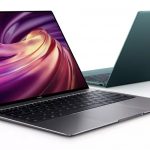