Dyzplastic, the company that started off the original Android figurines is coming out with a fresh new series for 2011. According to their blog, there will be a total of 12 designs which is more than its previous 10 in the first series.

To kick start the new year, they had also released a special edition Chinese New Year God of Fortune shown below. If you’re interested in getting one, there’s actually a local retailer in Malaysia and the Chinese New Year Android figure is going at RM38.80. As for the new series, it is already listed on the store as coming soon with the price tag of RM410. If you’re interested, you can check them out at TakenShop. 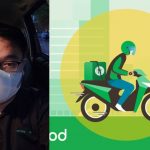