Intel and P1 organised a media and blogger sneak peak yesterday to show off their range of WiMAX embedded laptops that will be hitting the Malaysian market next week. We got a first look of what these WiMAX-Inside devices have to offer.

Intel and P1 reckoned that these WiMAX-Inside laptops will offer the same ease of connectivity as WiFi but with the added performance and coverage advantage of WiMAX. We had some time fiddling around with the range of notebooks and netbooks they’ve put out during the sneak peak and we have to agree with that statement.

The WiMAX connection manager looks very much like the WiFi connection manager that you get on your computers right now and it allows seamless and easy management of all the wireless connectivity features built into the laptop. This mean you can toggle WiFi, WiMAX and Bluetooth with relative ease. From what little time we had with the WiFi-WiMAX laptops, connecting to the internet with WiMAX built-in is definitely heaps easier and faster than fiddling with a USB dongle. That is a convenience that we can really get use to.

In fact, the way you connect to WiMAX is very similar to the way you would on WiFi. We’d go as far to say that it is almost the same, which makes it very easy for everyone. Currently Acer, Asus, Dell, Lenovo, MSi and Toshiba have committed to produce WiMAX embedded laptops bound for the Malaysian market. With their combined market share amounting to over 60% of laptops sold in the country, you can expect quite a number of WiMAX embedded laptops in the market soon. This would mean a lot of good things for P1 – the sole WiMAX operator spearheading the WiMAX-Inside program with Intel – as the devices, we’ve been told, are pre-set to log on to P1’s WiMAX network by default. The exposure would be enormous.

Apart from the demo units, we didn’t get much details on the plans and pricing of the laptops. On top of that, we’re not sure if the units demoed are the final versions so we can’t reveal much on specs either.

But we do know that pricing would be within the range of similarly specced laptops today. P1 even said that the “WiMAX-Inside” laptops would be priced so attractively that it would be wrong to choose a non-WiMAX laptops . In addition, we know that most of the laptops will be running Intel’s latest crop of Atom, Core i3 and Core i5 processors. No word on Core i7 WiMAX laptops for now. And from the presentation, we’ve gathered that WiMAX embedded laptops will be sold in much the same way as normal laptops. That means you can get them at any computer store.

How the P1 W1MAX service will be offered to WiMAX laptops owners is something P1 will not tell us at the moment. Guess we will have to wait until June 29 to find out. But we would expect a prepaid option and a daily pass option on top of a standard monthly subscription model to cover all the bases from hard core users to casual users.

In the meantime, you could win yourself a WiMAX-Inside laptop worth RM2599, just head on over to the P1 What is inside teaser site for details. 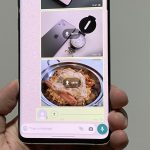 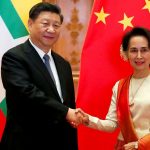