The concept of a projector so small you can keep it in your pocket is just awesome; but as all concepts go, the real life applications of such a device is far from what we’ve immagine. And that is something we’ve come to realise with our first encounter with a pocket projector.

Being the gadget junkies that we are, we’ve always wanted to get ourselves a pocket projector as we thought that we’d be able to find some very cool uses for it. Now that we’ve gotten our hands on one, we’re not too sure if the advantages of an ultra-portable projector outweights the downsides in terms of clarity, brightness and overall picture quality.

This is the review of the 3M MPro150 Pocket Projector.

Checkout the detailed review, picture gallery and spec sheet after the jump

We begin with what’s inside the box. The kit that comes with the projector is pretty decent. You get two input cables for RCA and VGA, a USB data transfer cable, a charger with changeable heads to to allow you to juice up using the various power sockets of almost every continent on the planet, a carrying pouch and a mini tripod as well as a removable and rechargeable battery.

Also worth mentioning, the MPro150 comes with RCA cable extenders to hook up your mobile phones or other portable devices to. Call us biased but we’d rather it came with an iPhone, iPod converter straight out of the box as it would make the device that more flexible in terms of usabilty.

The MPro150 comes with 1GB storage on board. On top of that, you get 2GB MicroSD free. The projector supports MicroSD cards up to 16GB. The projector itself is very well built and we difinitely like the ruberised finishing. The rounded edges make it very comfortable when holding and the device weights in very nicely with a good solid feel to it. As you can see, the size of the projector is pretty compact with the thickness and width being just nice in our oppinion.

You get a pretty standard array of buttons on top of the device, something that we’re very familliar with on standard-sized projectors in the office. So in terms of usability, we’ve had no problems using the device right out of the box even without reading the manual.

Speaking of the manual, there’s really not much of a manual to begin with. It’s just a quick start guide with very little technical details to speak of. But, we’re not complaining. At the back, you get a VGA-A/V multiport that looks like a HDMI port but don’t be confused, it’s not. There’s also an audio-out jack and of course you get a USB port for data transfers and a DC jack to charge the battery of the MPro150.

On the right-hand side, you get a MicroSD slot that supports up to 16GB and the projector’s cooling fan that switches on automatically to regulate temperature of the MPro150. We’d like to point our here that when the fan is running, it emmits a very noticeable buzzing sound not unlike an electric razor. We’d immagine the in the close quarters of your presentation this noise can and will be an issue. At the bottom, there’s flip out stand that raises the projector about half an inch along with a tripod mount. We like the tripod very much, it’s easy to use and provides the right flexibility and resistance to make finding the sweet setup for the MPro150 very easy. Once you got it in the right position, the tripod holds that position well.

How does it perform First the good stuff. The MPro150 is very easy to use, we’ve mentioned before we were able to use the device right out of the box without reffering to the manual. This is a big plus for the roving salesman who wants to be able to whip a presso in a jiff.

The icon based menu navigation is also very straight forward though we had to familiarise ourselves with what some of the icons mean.

There are two brightness settings and four volume levels on the projector. Trying out both, we really can’t tell the difference between the two brightness settings. With the volume adjustment, at levels three and four the built-in speakers started to emit a very noticeable buzzing sound. We thought that this was caused by a bad connection on one of our setups but we got the same buzzing sound at maximum volumes no matter what computer we hooked up the MPro150 to. This is an issue that 3M definitely needs to look into.

In terms of picture quality, we have to say it’s pretty decent but you’re trading alot here for the convenience of portability. Our tests revealed that the colour reproduction is fairly accurate and the sharpness is good – provided that the projector is setup within the right distance. But the MPro150 really strugles when displaying text. 12pt font are almost not legible and bigger font sizes are barely readible. We have no issues with the MPro150 projecting powerpoint pressos (note that it doesn’t support powerpoint files saved as .PPS or powerpoint shows), playing movies and displaying pictures. Overall, they all look ok, though the colours appear a tad washed out and you really can only realise the full potential of the device when running it in almost complete darkness. The 15 lumens brightness capacity of the device doesn’t hold up well even in minimally lighted rooms.

Set at about 2 meters away from the projection screen, clarity is affected slightly and in practical applications we can see that the MPro150 being used for presentations where no more than five people attending. Any more and the projected image is just too small for those in attendance to see any detail. In terms of battery power, 3M claims 90 minutes of runtime in full brightness mode (120 minutes in half brightness) and we got pretty close to that in our tests. The dual half watt speakers may seem puny but they are surprisingly loud in our tests; though we’d still recommend you pack a set of portable speakers with you.

The build in memory is indeed a good addition to the MPro150. With 3GB storage right out of the box and up to 16GB MicroSD cards supported, there’s a pretty decent amount of stuff you can put in the projector. The possibility of running a presso without powering up your laptop is also there, but the problem is without any way to toggle the slides remotely, constantly findling with the projector controls to move along your pressentations will get very akward. Same goes for word documents and pictures, constantly having the press the left and right direction button on the projector can be quite annoying for the viewers.

At the end of the day…
There are situations that we could think of where the MPro150 would be indispensible but those situation are too far and few in between to make it worth the RM1899 asking price in our oppinion. Though, some hard core travelling salemen will find this a tremendously useful tool for closing major deals, we find is difficult to justify a purchase. We’d prefer a traditional projector or at the very least, resort to just presenting whatever it is that we need to present straight from our laptop screens.

At the end of the day, the MPro150, in our hands, revealed a mixed bag of results. We really like the built quality and ease of use but the overall picture quality and some minor niggles like a annoyingly buzzy cooling fan and speakers that emit a buzzing sound while at maximum level are things we don’t expect from the 3M.

So, would we get one for our own? At RM1899 maybe not. But its still early days for pocket/pico projector technology. If the early developments are anything to go by, we’ll be seeing these pocket/pico projectors churning out much improved picture and sound quality in the not too distant future.

And when that time comes, we’ll reconsider. 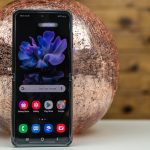