What’s old will be new again. I remember the comments I got when I first started shooting film. Stuff that ranged from “Why you want to make your life difficult?”, “Wah, so expensive”, and my personal favourite, the “Eh, see the photo” after I shoot someone. Many dismissed my newfound love as a millennial’s attempt at trying to look cool, but the fact was that film photography was photographic magic to me at the time — it still is.

And it looks like I wasn’t the only one enamoured by this archaic form of freezing moments in time, because Fujifilm has just announced the revival of a classic black-and-white film due to demand from “millennials and GenZs”. Finally, we’re making headlines for something other than ruining the world!

As someone who’s interested in the obsolete art of film photography, it’s disheartening to see all the bad news that often comes up about it. The one that hit me particularly hard was the discontinuation of the legendary bang-for-buck Agfa Vista — after which saw prices per roll for this film skyrocket up to three times its original retail prices.

Today though, it’s refreshing to see some good news as Fujifilm has announced plans to revive their classic Neopan Acros 100 film in the form of a brand new film stock called the Neopan Acros 100 II, in both 35mm and 120 medium formats.

As its name would suggest, the Neopan 100 Acros II is an ISO100 film that Fujifilm says “will deliver unsurpassed resolution, fine grain and sharpness, with exceptional detail, satisfying a broad range of shooting scenarios and exposures”. Neopan 100 Across II will also feature Super Fine-Σ technology for better fine grain, sharpness and gradation compared to the original Neopan 100 Acros.

Now, while this is great news for many, I personally have not shot a single roll of black-and-white film. One of the main reasons I’m into film is because of the unique colours I can get from them, so monochrome film never really appealed to me — that’s why I have two rolls of black-and-white film sitting untouched in my film crate.

Nevertheless, there’s no denying the aesthetic value these Neopan 100 Acros images can bring to the table, so I’m still psyched for it. Plus, the fact that Fujifilm sees enough market demand to put an old/new film back into production, is great news for the film photography landscape in general. After all, what we need is more, not less, film in circulation.

If you want to see some images captured on the original Neopan 100 Across, you can check out this group on Flickr. 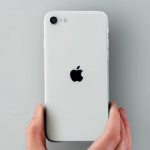 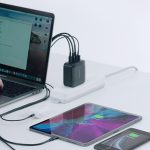