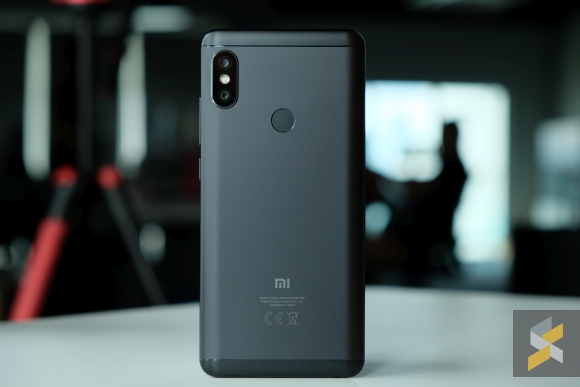 For the third year running Xiaomi’s Redmi Note series reigns supreme. The company’s latest Redmi Note 5 is their best Redmi Note phone yet and, we’d argue, it is the best phone on this list. Not only does it come with solid specs in the form of a Snapdragon 636 processor, up to 4GB of RAM and 64GB of expandable storage, the Redmi Note 5 also comes with a large 4,000 mAh battery and a large 5.99-inch Full HD display. What’s more, the 12MP + 5MP camera on the Redmi Note 5 is the best one Xiaomi’s put on a Redmi device yet so it is shoring up one of their line’s biggest weaknesses. Couple that with the fact that its price tag — even for the most expensive variant — doesn’t exceed RM1,000 and it is truly a budget smartphone hunter’s dream device. Perhaps the only problem I personally have with this device is MIUI, but I’m a stock Android fan so your mileage may vary. There is a reason why we call this the dream combination. To us, Xiaomi’s solid value-for-money hardware was always hindered by its heavily skinned MIUI software. Not only is MIUI a completely different experience to stock Android, phones running it often don’t get Android version updates (for example, Android 7 to Android 8) and instead receive MIUI version updates (for example, MIUI 8 to MIUI 9) instead. With Android One, you’re getting all the goodies of stock Android, and considering how good Android has become in recent years, this is a very good thing. Couple that with the fact that the Mi A1 is already on Android 8.0 Oreo and is on the latest security patch, you’ve got a pretty good combination. The only caveat with picking up a Mi A1 in 2018 is the fact that the device is already one year old. Android One’s commitment was two years of software support with at least two Android version updates. Mi A1 launched with Android Nougat and is now running Android Oreo. That means, you will likely only get upgraded once more to Android P when that version finally launches.

However, even if you stop receiving Android version updates, you’ll still get the smooth buttery experience of stock Android to enjoy with your already solid smartphone. This was a pretty tricky smartphone category to recommend. We think that if you’re going for pure 100% selfie features and selfie quality, you’d probably want to check out the OPPO F5 or vivo V7 instead. However, people buying these devices would likely also want a good phone to go along with good selfie taking capabilities as well. And Huawei’s Nova 2i is an excellent smartphone for its money. For a time after its launch, the Huawei Nova 2i was the de facto smartphone to get if you wanted a mid-range handset with a Full View 18:9 aspect ratio display. It had a good processor, it had a large sharp screen and a good build — specs that we think are definitely superior to the other two “selfie experts” we mentioned on this list. Plus, it’s no slouch in the selfie department either. In front, it’s got a dual-camera setup with a 13MP main sensor paired with a 2MP secondary sensor that’s used for depth effects. This meant you could take selfies with nice blurry backgrounds which is always attractive.

So, if you were looking at the whole package that includes a good phone with good selfie-taking capabilities, the Huawei Nova 2i is definitely the one we’d recommend.