This post is brought to you by Samsung Malaysia

You’ve seen smartphones touting water resistance, splash resistance and all the other fancy buzzwords that are used to convey one basic message: Your smartphone should survive an unfortunate meeting with water.

But being with us all the time means that our smartphones are vulnerable to the elements, especially water. That’s why smartphone manufacturers these days have begun marketing their handsets with water resistance. However, you should know that water resistance isn’t an absolute thing. It’s not like an on-off switch, it operates more like a dimmer switch where two phones may be water resistant but just because one can survive being submerged, it doesn’t mean the other can.

This is where the Ingress Protection, better known as IP, rating comes in.

OK, so what do these numbers mean? For handsets to function properly in daily scenarios, they usually need to be rated at least 5 on the solid/dust scale, or IP5X. With a 5, the device is what is called “dust protected” where it’s not entirely sealed from dust, but dust will not enter the device in a sufficient quantity that it will interfere with the device’s operation. In other words, while it’s not completely dust proof, the handset won’t be damaged by dust. Even better would be a rating of 6, or IP6X, where it is completely dust tight. Next, we’ve got protection against water/liquids — probably the most confusing part. Let’s start with ratings 1 (IPX1) and 2 (IPX2). These first two rating points after 0 (no protection) are there to indicate resistance against condensation/dripping water and light sprays less than 15 degrees from vertical. A device that’s got a rating of 3 (IPX3), on the other hand, can also withstand water sprays less than 60 degrees from vertical. This is probably where most smartphones are, in the “you don’t want to get them wet” zone.

Moving up the ladder you arrive at rating 4, or IPX4. This is where you’ll start to hear the first whispers of water resistance creeping into marketing material. Devices like the Nokia 8, for example, have a liquid IP rating of 4 which means it is protected against splashing water. So, if you accidentally knock over your glass of Sherry onto your phone, it should survive. But unless your smartphone has at least a liquid IP rating of 7 (IPX7) or above, you probably shouldn’t treat your smartphone as water resistant. When your handset is IPX7 or IPX8, it is able to withstand immersion in water under certain conditions of pressure for certain periods of time. The biggest difference between the two is that an IPX8 smartphone can go deeper, usually around 1.5m for about 30 minutes, while the IPX7 device can only go up to 1m.

This means that if you want a handset that’s truly resistant to stuff like dust and water, you should be looking for devices with an IP67 or IP68 rating. That way, they’re both sealed from dust and able to withstand immersion in water. And there are a myriad of other good reasons why you’d want a water resistant device besides protection. For example, if your handset gets clammy or dirty, you can just run it under a tap to clean it. You can also use it to take some cool underwater pictures in the pool.

That said, a lot of smartphones that are IP68 dust and water resistant often live in the high-end flagship end of the market. What if you couldn’t afford that? Well, the good news is that Samsung’s got just the handset for you. Their brand new mid-range Samsung Galaxy A8 and A8+ feature IP68 water and dust resistance so they can withstand immersion up to 1.5m for 30 minutes. Other notable flagship features include Dual Front Camera (16MP f/1.9 + 8MP f/1.9) to take awesome Live Focus photos plus a 16MP f/1.7 aperture primary camera at the back so you can capture all those epic moments with ease and in any lighting condition. Inside, the smartphones powered by an octa-core Exynos 7885 processor that’s encased in a gorgeous glass and metal body. On the Galaxy A8 (2018), you get 4GB of RAM and 32GB storage while the Galaxy A8+ (2018) features 6GB of RAM and 64GB of storage. Both models support microSD cards for storage expansion via dedicated slots so you don’t have to choose between dual SIM or single SIM and a microSD. What’s more, the device sports Samsung’s gorgeous Super AMOLED Infinity Display. It comes in an 18.5:9 aspect ratio so you get more screen in a smaller footprint, and pushes a Full HD resolution to either 5.6 inches on the Galaxy A8 or 6 inches to the Galaxy A8+.

While the Galaxy A8 has a 3,000 mAh cell and the Galaxy A8+ has a 3,500 mAh battery, both these devices support quick charging via USB Type-C. So, if you want water resistance and a premium handset experience in a device that you can actually afford, the Galaxy A8 is an excellent choice. 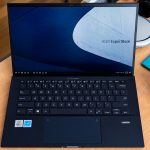