UPDATE: Click here for the full details of the Malaysian price and pre-order!

The fact is, Malaysia has always been one of the most affordable places to get a Samsung device. While Samsung Malaysia remains tight-lipped about the pricing of their new Galaxy Note8, we do have an indication of what we can expect thanks to our neighbours down south.

Unlike Malaysia, Samsung Singapore has already revealed the official recommended retail price of the Galaxy Note8 and will begin taking pre-orders starting tomorrow, the 25th of August 2017. How much is it? Well, Samsung Singapore states that their Note8 will be priced at SGD1,398, which if you directly convert to Malaysian Ringgit, comes up to a whopping RM4,394. And this is for the base model with 64GB of internal storage as Singapore will not officially receive the 128GB or 256GB variant.

But, before you lose your minds at that staggering price tag, you should take a look at how our Samsung smartphone prices have stacked up against their counterparts in Singapore. Here’s a neat table:

As you can see, on average, the official Malaysian prices for Samsung’s past three flagships have been cheaper than the converted Singapore prices by about RM300-RM400. If we were to use that same pattern and apply it to the Galaxy Note8, there’s actually a pretty reasonable chance that the Galaxy Note8’s price could actually come below RM4,000, perhaps even RM3,999.

However, this also indicates that the smartphone we get will only have 64GB of internal storage, but at least with this Note, you can expand that further via a microSD card slot.

That said, customers who pre-order their devices in Singapore will receive a Samsung DeX Station for free, an SGD100 voucher for Samsung accessories and wearables, 20% off all Note8 accessories within a fixed amount of time, plus a bunch of discounts on selected accessories. If Samsung Malaysia offers something similar to Singapore or something similar to the S8’s pre-order bundle, you can get even more value out of your purchase. After all, Samsung Malaysia has been pretty generous in the past. That said, do keep in mind that at this point this is still speculation on our part based on past trends, so take it with a grain of salt.

Samsung Singapore will be bringing in 3 colours in the first wave — Midnight Black, Maple Gold, and Orchid Gray — with no mention on when or if they will bring in the other colour options.

What do you guys think? Would you pay RM3,999 for the Galaxy Note8? 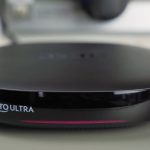