UPDATE: The Huawei Matebook can be yours at only RM1,599 during its one day flash sale.

Just as promised, the Huawei MateBook is finally here in Malaysia. Announced during Mobile World Congress 2016, the MateBook is a hybrid tablet that runs on Windows 10. There are 3 MateBook models that are powered by Intel’s 6th gen Core m processor. The base Core m3 model will go on sale first while the higher Core m5 and Core m7 options would come later. Over at the front, the Huawei MateBook gets a 12″ 2160×1440 IPS display and overall it weighs 640g with a thickness of 6.9mm. For RAM, you have a choice up to 8GB RAM and it has storage options from 128GB to 512GB.

Connectivity wise, it supports 802.11ac WiFi, Bluetooth 4.1 and it comes with a USB Type-C port. Over at the side, there’s also a fingerprint scanner which unlocks at a tap. Powering the device is a 4,430mAh battery that’s rated for up to 10 hours of use. The Huawei MateBook and accessories for Malaysia are priced as follows:

The base Core m3 model is priced slightly cheaper than the equivalent Surface Pro 4. However, for the m5 and m7 models, the MateBook is encroaching into the Surface Pro 4’s Core i5 and i7 price range. The 2-in-1 device will be available starting tomorrow (30 July) at all Huawei Experience Stores and online via Vmall.my.

SEE ALSO:  Wait, is this a "new" Huawei smartphone with Google Mobile Services?

For further reading, you can check out our earlier post on the MateBook or watch our hands-on video below: 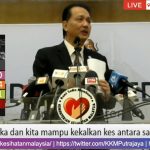