A document has surfaced detailing that Facebook will be launching ads in their Messenger app sometime in the Q2 of 2016. That means instead of getting harassed by friends who need help with “likes” on their newly established page or participation in an assignment survey of theirs, you’ll now be getting bombarded by businesses and brands.

Well, when you compare the two, it’s essentially the same thing but with “friends” you could easily just get rid of them by “unfriending” them, ads on the opposing end is more or less involuntary. The leaked document had been sent to the folks at TechCrunch who’ve by journalistic virtue have chosen to leave their source anonymous but it’s quoted that businesses will soon be allowed to send ads to users who’ve previously initiated a chat with them via the Messenger app.

So in the past when you’ve dropped a private message to brand or service provider complaining about an issue – it’ll haunt you. Remember folks, complaining in public always works better.

It seems that the authenticity of the document has some worthy back-up as well as a URL short link that was mentioned seemed to have been quietly launched. Facebook also decided to own up to the existence of the URL short link system, allowing us to believe that this whole Messenger ad thing is the real deal. For limitations and boundaries sake, we’re lucky that Facebook isn’t just going to let any business send you spam-my messages. As mentioned earlier, it’ll only be limited to those who’ve started conversations with the brands themselves. This will be great for businesses, though, as people already engaged with them can receive further updates about products or services.

TechCrunch points out that this is a big switch from Mr Zuckerberg’s stance on the subject in 2014 after acquiring WhatsApp. He’s quoted as saying “I don’t personally think ads are the right way to monetise messaging”.

From pages, messaging options for businesses and even its 2015 initiative “Businesses On Messenger”, Facebook has gradually increased its efforts to be more helpful to the organisations and brands out there. But what do you make of this? Are you going to start un-liking a lot of pages? (excluding us) Do let us know in the comments below. 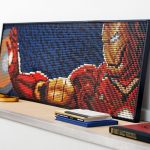