It is a rather common trend for accessories to have a “his & her” version, a trend that has eventually stretched into the smart accessories category. It makes sense though as smartwatches tend to be rather gargantuan to accommodate more screen real estate, resulting in big and bulky devices that don’t go well with everyone’s wrist.

Yep, rounder than a round watch. Apparently the new Huawei watch will sport a modified “rounder and more elegant” watch case to match the supposedly more feminine-looking bands that will be bundled with it. If they plan on following the generic his/her accessories trend then the device will likely be smaller in both their bands as well as the watch case itself. It should probably also come in gold and maybe pin-uh sorry, Rose gold as well. The existing Huawei Watch is no small device as it has a rather thick case to go along with that premium hefty feel. This definitely won’t go down well with delicate wrists, so a smaller and especially thinner design language will be much appreciated. This “made-for-women” Watch could see a launch during CES next year.

Talk has been going around that the Chinese manufacturer’s second-generation smartwatch is already in the works and could see its way into the market by the second half of next year. There are hardly any details on this smartwatch at this point in time, but 9to5Google reports that they could be working on a cellular version of the device. This is unsurprising news though as Android Wear now officially supports cellular connectivity. The regular, non-cellular version of the Watch should also see improvements to battery life and performance.

SEE ALSO:  President Trump is impeached, what does it mean for Huawei?

Announced during the Mobile World Congress this year, Huawei’s first generation Watch was only recently launched in Malaysia, alongside the Nexus 6P. We were mighty impressed with its premium feel and we thought it was one of the best-looking smartwatches of the year. For more information on the device as well as its launch, head on over to our announcement post. 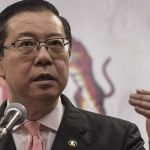 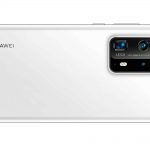