If you currently own a Surface Pro 4 or a Surface Book, you’ve probably felt all the gripes that owners worldwide are experiencing, ranging from power and battery issues, flickering screens and impromptu Windows reboots.

These issues cropping up are a follow-up to the shambles that was Microsoft’s style of dealing with its angry OneDrive customers, that showed that their customer service approach has a lot of refining to be done and this time, it seems like deja vu all over again.

Josh_F a forum owner took to Microsoft’s Community site to provide an official statement from the team at Redmond and the reply is rather lackluster. The moderator starts off by thanking those who own the two Surface devices mentioned above, proceeding to dish out the monotonous recording playback-like sentence “we’ve heard your complaints, we value them and are working on a fix” – y’know the typical sentiments. Some of these problems were fixed with an update that users received in November but with that said update, devices started to drain battery percentage faster while in sleep mode. A fix to this will only come next year, though Microsoft was already aware of the issue before they shipped the two products – say what? We’ve said this time and time again, never fast-track a product if it’s riddled with bugs; case and point the LG Watch Urbane 2nd gen.

This was what another moderator (Joe) had to say:

“The ‘standby’ battery life is an issue we are working on and have been working on.  We can put the processor into a deeper sleep state than it is currently set to.  We couldn’t do it at RTM (release to manufacturing) for a variety of reasons, power management is a very hard computer science problem to solve especially with new silicon.

Currently it is not in the deepest “sleep” that it can be so there are wake events that would not otherwise wake it.  We will have an update for this issue sometime soon in the new year.”

These excuses and justifications pose no help to those who’ve already purchased the versatile Surface products. In earnest, we really do hope that the Surface team solves these issues, otherwise our review isn’t going to be rosy.

SEE ALSO:  Microsoft in talks to buy TikTok after Trump threatens to ban the app in the US 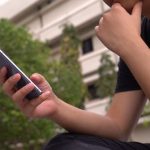