Malware has been one of the more worrying problems for something as open-sourced as the Android platform. Most recently, Stagefright is to blame for all the manufacturers being caught with their pants down – if you don’t know what Stagefright is, check it out here. To cut it short, it’s a malicious exploit that digs up personal information on your Android device. And as smartphone vendors scrambled to get their acts together through rolling out OTA updates, HTC‘s President has gone on record to say that monthly updates are “unrealistic”.

Following the whole shamble, both Samsung and Google jumped on to have monthly updates to remedy any such incidents in the future. Further extending on Android 6.0 when Google highlights the ability for the OS to show you when you last downloaded and applied a security update.

@bkerensa @htc 3. We will push for them, but unrealistic for anyone to say guaranteed every month

Some HTC users took to Twitter to address their anxiety as to why the Taiwanese company had been so silent on the matter; compared to LG and Samsung who made statements immediately. Jason Mackenzie, President of HTC Americas then replied these tweets saying that cellular carriers are setting an “unrealistic” schedule; he then adds that HTC doesn’t want to commit to something and receive backlash for not delivering that same promise.

As a follow-up, Mackenzie does say that HTC has been very transparent with their updates, which will only get better – as seen by Android Headlines, who says that the company updates them frequently on submission of updates to carriers (even pre-approval). Also, they’ve been notified about what these pre-approved updates include.

Have the three vendor who’ve promised monthly updates stuck to them? Will they be capable in doing so? No doubt, the thought is a welcomed one, but after learning a thing or to about how updates get passed through carriers (at least in the States), maybe what Mackenzie is saying is somewhat true.

SEE ALSO:  How to set up multiple email signatures in Gmail 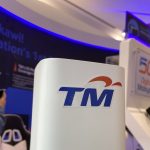 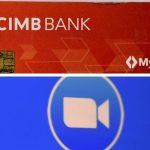