There’s a saying that good things come in pairs. And that appears to be the formula for new flagships like the Galaxy Note5/S6 edge+ and the more recent iPhone 6s/6s Plus. The Nexus project has always been a showcase of what Google can do if they have full control on both hardware and software.

In its 7th Nexus smart phone generation along with the latest Android 6.0 Marshmallow, they had introduced not one but 2 Nexus smart phones that cater towards different users. With very little introduction required, the Nexus 5X is their new compact “flagship” while the Nexus 6P is their crème de la crème with a 5.7″ phablet form factor and top spec underpinnings. With LG being called up for another Nexus duty, the Nexus 5X is an upgrade over its previous Nexus 5 that’s encased in a premium injected molded polycarbonate body. The screen gets a slightly larger 5.2″ size but it still does a modest Full HD resolution. In terms of power, it manages to pull through with a Hexa-Core Snapdragon 808 processor that’s also powering the LG G4. It only gets 2GB RAM with an option of either 16GB or 32GB storage.

Looking at the rear, the Nexus 5X gets a main 12.3MP camera which claims to outdo its better specced rivals. While there are cameras out there with higher pixel count, the 12.3MP shooter from Sony boasts a larger 1.55 μm pixel size, which is pretty much the same formula as HTC’s Ultrapixel shooter.

The main camera has a f/2.0 aperture lens, dual flash light and an IR laser AF for quicker focus. For the front, it gets a rather standard 5MP f/2.0 camera with 1.4 μm pixel size. Audio is pushed from a single speaker that’s firing from the front.

Connectivity wise, it supports a wide range of networks covering Cat 6 4G LTE in TDD and FDD spectrums. It also has WiFi 802.11ac in 2×2 MIMO, Bluetooth 4.2 and NFC support as standard. For better security, the rear mounted fingerprint scanner that’s called the Nexus Imprint lets you unlock by a mere touch. It recognises in under 600 ms and it learns to get better each time it is being put to use.

Keeping the lights on is a 2,700mAh battery that’s rated for all day use and it charges up using USB Type C that supports Quick Charge. The Nexus 5X is available for pre-orders at selected markets with the 16GB version priced from US$379 (about RM1,690). As seen in earlier leaks, this is the first Nexus phone produced by Huawei. Apart from being a new appointed Nexus maker, it is also the first all metal Nexus smart phone and it boasts a rather slender 7.3mm thickness.

With Huawei being reluctant of pushing a Quad HD smart phones, the Nexus 6P breaks that tradition with a 5.7″ Quad HD display that pushes a stunning 518ppi. To protect the display from harm, it gets toughen with Gorilla Glass 4 and there’s an added oleophobic coating for smudge resistance. The design looks like an odd mix between a Huawei P8 and an honor 7 especially with that visible camera bump. For audio playback, it does get a pair of front firing speakers and recording is assisted by 3 microphones that double up for noise cancellation.

Under the hood, the Nexus 6P runs on a Snapdragon 810 processor mated with 3GB of LP-DDR4 RAM. You get more storage options ranging from 32GB, 64GB and 128GB which are also non-expandable.

The list of connectivity support, Nexus Imprint and USB Type C are similar as the Nexus 5X but the same 12.3MP camera gets an extra trick of having to support a higher Slow Motion recording of 240FPS. Taking selfies should be better as well as the 6P gets a higher 8MP f/2.4 shooter.

In terms of battery, it gets a phablet category 3,450mAh capacity unit which is fitting for the specs it carries. The Nexus 6P is priced from US$499 which is roughly RM2,225 in our current rates. Both models are quite pricey when compared to mainstream Android smart phones but for the Android purist that want to get the very latest Android might appreciate one of these Marshmallow preloaded smart phones. For more info, you can check out the Nexus 5X and Nexus 6P product pages. 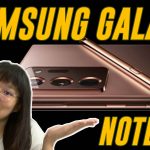 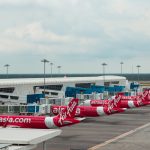 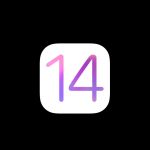