Xiaomi could possibly be delivering a 32GB model of the Mi 4i, based on their Facebook and Twitter teasers in India. The message is vague by saying “move 4 to double” but the outline of the image clearly shows a shaded outline of a “3” and many will jump to the conclusion that the match sticks that make up the 6 can easily be rearranged to a “2”.

In timely fashion, the 32GB capacity device could land during India’s celebration of Xiaomi’s anniversary, the 22nd of July – a day from now. At the beginning of the product launch, those who were interested were left with a bad taste in their mouth due to the lack of external storage and a disappointingly low internal memory of 16GB. As the device might receive a bump in the storage department, it’s highly unlikely that there will be changes in the original Mi 4i spec sheet, which include a 5-inch IPS display that is full HD ready (1920 x 1080 pixels), a second-gen Octa-core Snapdragon 615 processor clocked at 1.7GHz, mated with 2GB of RAM and a 13-megapixel rear + 5 megapixel front camera lens. Powering all of this is a 3,120 mAh battery and supplementing the cellular connectivity is a dual SIM option, LTE supported.

For more info regarding the RM 749 priced Mi 4i be sure to check out our review here and while there is no official pricing mentioned, if there’s a release of the 32 GB model, it would be roughly an increase of RM 150 +- given that the ASUS Zenfone 2 pricing increase hovers around the same mark. Malaysians will have to wait to see if we’ll receive the 32GB variant on our shores but be sure to be on the look-out following the anniversary in India. 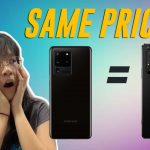 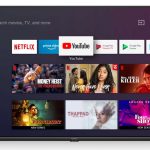