Motorola is holding a big event this 28th July where there will launch their latest offering at 3 locations – London, Sao Paulo and New York. After the recent leaks and rumours, the Moto G is finally going to be revealed and it looks like it will be joined by a couple of other devices. A new surprise is the Moto X 2015, which is their top end offering and it is expected to run on a Snapdragon 810 processor. Apart from the usual suspects, there will be a couple of new “Droids” which will be exclusive to US’s Verizon network. In terms of specs, the Moto G is a refreshed mid-range offering but despite its 3rd generation release, it gets almost the same specs as the previous model. From the leaks we’ve seen, it will get a similar 5″ HD 720p display, a Quad-Core Snapdragon 410 processor with 1GB of RAM, 8GB of storage and 13MP + 5MP cameras. For those who demand more, it is alleged that Motorola will be preparing a higher-spec version that comes with 2GB of RAM.

Meanwhile the Moto X is said to be a much larger device with a possible 5.7″ screen but we think they are going be to sticking to something smaller than 5.5″ for now. What we do hope is that Motorola will increase its battery capacity since the current one gets just 2,300mAh. Based on earlier rumours, the Moto X might get 4GB of RAM and will be juiced up with a larger 3,280mAh capacity battery.

Probably the biggest change for the latest Moto G/X series is the back design where it gets a more rugged looking appearance with a rubbery grip. Apart from being one of the first devices to get the latest Android updates, Motorola will face an uphill battle against other cheap and cheerful offering especially from its rival Chinese brands. Would you still go for a Moto G and Moto X instead of a Xiaomi, ASUS or Honor? 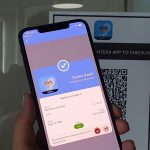