Word has gotten out recently that the HTC One ME9 (basically the plastic version of the One M9+) is on the way, as leaked by twitter tipster @upleaks and the phone has already been certified in China by TENAA. The HTC One ME9 is essentially HTC’s answer to a more budget variant of the One M9+ that has roughly the same specs but not-so-premium build for the sake of making it more affordable, much like the HTC One E8 before it. The ME9 will be sporting a 64-bit MediaTek MT6795 processor under the hood, alongside 3GB RAM and 32GB expandable storage which can be bumped up to 128GB. The phones screen would be a 5.2 inch LCD-3 display with a 1440 x 2560 QHD resolution with 565ppi. Under the hood you will also find a 2840mAh battery along with Android 5.0 running the show with Sense 7.0 plastered on top.

The camera on the other hand will be a single 20 megapixel camera on the rear instead of the Duo camera perched on the original One M9 with a front-facing 4 megapixel Ultrapixel camera. The phone will however be sporting the same fingerprint scanner as the One M9+.

While it shares a lot of it’s looks with the One M9+, you get a polycarbonate casing instead of the premium metal body that the One M9+ is known for. Sources say the phone will still be coming in about the same colours with Gold Sepia, Classic Rose Gold and Meteor Gray expected to be available at launch in late June for the Indian market with Hong Kong and Taiwan soon to follow. The smartphone is expected to retail for $563 USD (about RM 2006) which is a fair bit cheaper than the RM 2,599 retail price for the One M9+. No word on when exactly we will be getting the phone but it shouldn’t be too far off.
SEE ALSO:  Google Play Store to charge 6% digital tax in Malaysia from 1st Jan 2020

Android, HTC One, HTC One e9, HTC One M9, htc one me9, one me9, rumour mill, smartphone, upleaks Leave a Comment 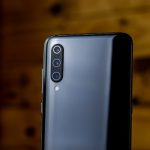