The world doesn’t need another ridiculously thin phone but the idea of a thinner tablet is always welcomed. With the Galaxy S6 smart phone making its debut very soon, Samsung is about to release the successor of its flagship Galaxy Tab S tablet.

At 6.6mm, the Tab S is quite a remarkably thin device but it still thicker than other competitors like the Xperia Z2 Tablet (6.4mm) and Apple’s iPad Air 2 (6.1mm). For the next model which is dubbed as the Galaxy Tab S2, it is reported to be thinner than Apple’s wafer thin iPad.

Will Samsung hold the record of having the slimmest tablet? It all depends on its final dimensions. The tablet to beat is the Dell Venue 8 7000 that’s only 6.0mm thick and it comes with an 8.4″ 2560×1600 display that’s interestingly the same as the Galaxy Tab S 8.4″.

In terms of specs, the Galaxy tablet will also come in 2 sizes – 8.0″ and 9.7″. If you’re wondering why the change from its current 8.4″ and 10.5″ sizes, Samsung apparently is making the move to having a 4:3 display aspect ratio. Typical an Android tablet has a more rectangular 16:9 aspect ratio which makes it perfect for watching video content, as opposed to Apple iPad’s 4:3 aspect ratio designed for reading and web browsing. Several Android tablets including the Nokia N1, Nexus 9 and Xiaomi’s Mi Pad have already made the switch to a more squarish 4:3 aspect ratio display. The rest of the specs is still unknown but you can expect Samsung to use its own Exynos processor and premium materials for its exterior. 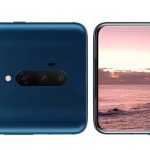