ASUS has announced the sequel of its popular ZenFone smart phones series, which has shipped over 1.5 million units per month worldwide. Continuing its approach of empowering luxury for all, the new ZenFone 2 continues to impress with premium build and impressive hardware in an affordable package.

As heard in its morse code teasers, the new ZenFone 2 claims to be the world’s first smart phone to come with a whopping 4GB of RAM. During its CES 2015 announcement, ASUS has also made a surprise reveal of its new ZenFone Zoom, which they claim to be the World’s Thinnest 3X Optical Zoom Smart Phone. The ZenFone 2 is a giant leap over its current ZenFone, and it has been upgraded in almost all department. Unlike the original ZenFone which is made mostly out of plastic, the ZenFone 2 goes upmarket with an all new brushed metal body that’s more curved for a more comfortable feel.

Instead of having 3 sizes, the new ZenFone 2 is available in a single 5.5″ model with the front IPS panel doing Full HD resolution (1920×1080). This pushes a clearer 403ppi (pixels per inch) compared to its earlier HD 720p displays. Like the current ZenFone, the display is also toughen with Gorilla Glass 3 and it boasts a fast 60ms touch response time. To make the device more compact, the bezel is thinner at 3.3mm, which translate to a higher 72% screen to body ratio. With its curved design, the ZenFone 2 feels ultra-thin to hold with a 3.9mm thickness at the thinnest point towards the edges. Its volume rocker is now placed at the back for better accessibility, while the power button is now moved to the top of the device.

During the announcement, the ZenFone 2 claims superior processing power and it offers up to 7X gaming performance compared to its current ZenFone 5. It runs on Intel’s 64-bit 2.3GHZ Atom Z3580 processor that’s mated to a whopping 4GB of dual-channel RAM, currently the highest for a smart phone.

Like the existing ZenFone family, there will be multiple variants including a lower-spec 2GB RAM version as well. In terms of storage, it will be available with either 16GB, 32GB and 64GB on-board capacity and there’s also a microSD slot which supports up to 64GB. For imaging, the new ZenFone 2 gets a 13MP f/2.0 PixelMaster camera while selfie shots are now handled by a larger 5MP shooter. This time, its impressive Low-light mode that boasts 400% brighter photos is now available for both front and back cameras. For moments where illumination is required, the ZenFone 2 now offers Dual Colour Real Tone Flash for more natural lighting. Connectivity wise, it supports the 4G LTE Cat 4 with speeds up to 150Mbps as well as dual-SIM card slots. On-board it gets a 3,000mAh battery which can be charged quickly to 60% in 39 minutes.

Out of the box, it runs on Android 5.0 Lollipop along with a brand new ASUS ZenUI which now offers more customisation including ZenMotion where you can launch apps by drawing letters on the screen. Other new features include SnapView which separates work from play, KidsMode for better parental control and built-in Trend Micro protection against internet threats.

The ZenFone 2 is available in Gray, Black, Red, White and Gold colours. Overall it is 10.9mm thick at the thickest point and it ticks the scale at 170 grams. Pricing wise, the ZenFone 2 is expected to start from US$199 (about RM703) for its lower spec variant and it will be available sometime in March 2015. For more info, head over to ASUS ZenFone 2 product page. The ASUS ZenFone Zoom is ASUS’s answer to the Samsung Galaxy K Zoom that comes with an Optical Zoom lens. At 11.95mm and weighing 185 grams, the ZenFone Zoom is much thinner and lighter compared to the K Zoom (Thickness: 16.6mm, Weight: 200g). With a 3X Optical Zoom, it won’t be beating Samsung in a telephoto contest but surprisingly the design of its camera module is non-protruding and it looks like the Nokia Lumia 1020.

The full specs of the ZenFone Zoom is still quite sketchy but it also retains a 13MP sensor at the rear that’s mated to 10-element lenses and it is further assisted by Optical Image Stabilisation and Laser Auto Focus. Unlike the K Zoom that has a Xenon flash, the ZenFone Zoom settles for a dual-tone LED flash like the ZenFone 2.

On the smart phone side of things, it gets a similar 5.5″ Full HD IPS display with Gorilla Glass 3 and on-board it gets a whopping 128GB of on-board storage. There’s no mention of processor, RAM and memory expansion slot at time of writing but it does support 4G LTE and it also powered by a 3,000mAh capacity battery.

The ZenFone Zoom will be priced at US$399 (about RM1,409) and it will be released sometime in Q2 2015 with a choice of either Black or White colours. For more info, you can check out ASUS’s ZenFone Zoom product page. 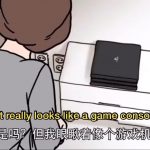