As teased earlier on, the HTC Desire 820 is officially announced at IFA 2014. With a new Snapdragon 615 processor, this is the world’s first 64-bit Octa-Core smart phone.

Its processor comes with 4 Cortex-A53 cores running at 1.5GHz and another 4 at 1.0GHz which is mated to 2GB of RAM. The Desire 820 slots right above its current Desire 816 and it comes with a similar 5.5″ HD 720p display with Boom Sound stereo speakers at the front. This mid-range device is quite generous too with 16GB of storage, that’s expandable with microSD up to 128GB. It gets a 13MP f/2.2 camera that shoots up to Full HD resolution which is similar with the current Desire 816. Keeping the lights on is a 2,600mAh capacity battery which gives it an overall weight of 155 g and it still manages to keep a slim profile of just 7.74mm. HTC has not forgotten the selfie trend and they have fitted a large 8MP front facing camera which comes packed with Selfie features including Live Makeup, Photo Booth and Face Fusion. As you would expect, the Desire 820 also supports 4G LTE for faster connectivity. In certain markets, there’s also a dual-SIM version as well. So far no news on its actual availability and pricing at this point. 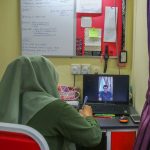 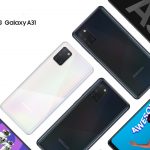