Tablets are usually the “betweener” device that slots right between your daily smart phone and the desktop computer. With the new Galaxy NotePro 12.2, Samsung Malaysia is calling this as a progressive tablet which is designed to take on most of your day to day work in a portable device. Priced at RM2,999, the Galaxy NotePro 12.2 is rather expensive for a typical Android tablet.

In the working environment, the desktop computer is simply irreplaceable even with the best tablet available. However for some high management folks, a tablet might just fit the bill provided that it comes with the right tools and features to get the job done. That’s an area where the NotePro 12.2 aims to accomplish.

Read on to find out more about Samsung’s high-end large screen tablet. The Galaxy NotePro 12.2 is the largest tablet we’ve held so far. The front 12.2″ screen is almost as big as a standard laptop but pushes a rather high WQXGA 2560×1400 resolution. That’s the same resolution as a 13-inch MacBook Pro with Retina Display. In terms of pixel density, it pushes 247 ppi which is slightly less dense than the iPad Air but overall the display is sharp and has pretty decent viewing angles. Viewing original high resolution photos on this thing is just awesome. In terms of design, it looks like a Galaxy Note 10.1 (2014) but with a larger screen. Holding it gives a rather solid feel and we are liking the fake leather back on this one. The NotePro 12.2 back has a nice rubbery feel to it, which is so much better than the hard plastic backing found on the Galaxy Note 3.

Both sides of the device features a pair of stereo speakers which plays audio with decent volume. The only drawback is the placement which tends to get muffled when held with both hands. If only Samsung went with a front facing speaker design which they did in the earlier Galaxy Note 10.1 (First Edition) but that would probably add more thickness to the bezel. Performance wise, the NotePro 12.2 is rather smooth and we don’t have any performance issues to report other than a couple of random reboots on our sample unit believed to be a pre-production unit. Powering the device is a rather high-end 2.3GHz Quad-Core Qualcomm Snapdragon 800 Processor with 3GB of RAM, which is the same unit that’s powering the Galaxy Note 3. The model that’s available in Malaysia is the 4G LTE version which comes with a micro SIM slot for phone calls and SMS. On-board there’s 32GB of on-board storage with an option to expand to further with microSD card up to 32GB. Looking towards the bottom of the screen, the home button looks unchanged but you’ll noticed that Samsung has swapped the left button to a contextual button instead of the usual Menu button. This allows quicker access to switch between running apps which would be frequently used by multitaskers. The rest of the hardware includes a IR blaster at the top with volume rocker and power button, while the right side houses the S-Pen, micro USB 3.0 port, microSD and micro SIM slots. Internally, it comes with a rather huge 9,500mAh capacity battery which in our hands-on experience delivered about 4 days of average use of watching videos and web surfing. For photography, where you can really look ridiculous taking a picture with a 12.2″ tablet, it comes with a 8MP rear facing camera with assisted LED front and a front facing 2MP camera.

The software features is what separates the NotePro 12.2 from any other tablet. Out of the box, it runs on the very latest Android 4.4 KitKat and a refreshed TouchWIZ UI. The new round and flat icons made its way on the NotePro 12.2 and it is widely used on the notifications toggle bar as well as the settings. On the home screen, there’s a new Magazine UX which kind of works like a customisable Flipboard widget. For those who needs to monitor or view a lot of information at one go, the NotePro 12.2 is capable of displaying up to 4 apps simultaneously on Multi Window View. There’s about 31 apps to choose from which can be dragged easily from the expanded panel that’s accessed by swiping from the right. If that’s not enough, you can overlay more apps using the Pen Window function using the S-Pen stylus.

To float an app, just trigger the S-Pen’s button, draw the area on the screen and then select which app to run. You can draw a maximum of 5 additional floating apps, so that gives you up to 9 apps running simultaneously at one glance in case you’re wondering. The on-board keyboard is pretty comprehensive with your standard Ctrl, Tab and Shift keys and it does appear like a full sized keyboard on the huge 12.2″ screen. A tablet does have its limitations and you would sometimes need to work on an actual PC. For that, the NotePro 12.2 comes with a Remote PC feature which offers a remote desktop experience right from your tablet. Of course, the smoothness depends on the reliability of your connection to your work computer. Strangely, the Desktop access for the RemotePC is limited to Internet Explorer, Firefox and Safari while Chrome is not supported.

If you have a smart phone, sometimes it can be cumbersome to take it out from your pocket constantly while working on the tablet. To have both devices working together seamlessly, there’s Samsung SideSync which lets you view your smart phone directly on the tablet. Apart from displaying, it also offers seamless transfer of files and even photos with simple drag and drop gestures on the tablet. The SideSync feature isn’t new and it is also available with selected Samsung Laptops as well. Is the Galaxy NotePro 12.2 a worthy buy? At RM2,999 is rather hard to swallow considering you can get a proper laptop at that price range. If you plan of getting serious work done, you would still need to fork out about RM300 for the additional bluetooth keyboard. Weighing at 753 grams, it is quite a heavy tablet and if you can tolerate a little bit of weight, the VAIO Tap 11 looks like a better alternative with a full Windows 8 experience with Intel Core i5 processor and a magnetic keyboard cover at the same RM2,999 price tag.

It all depends on what you’re looking for. As a high-end tablet it ticks the right boxes but its asking price is just too much for a tablet. Can it be considered as a laptop replacement? Sadly the answer is no especially when ultra-portable hybrid Windows devices like the upcoming Surface Pro 2 are coming to town. We love the high resolution screen and the features Samsung has put in to bridge the gap. Unfortunately it isn’t enough to convince us to leave our laptops at home for now. 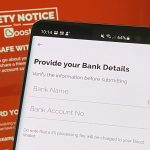