Most of the high-end devices are huge and 5″ is usually the standard screen size for a flagship device. While smart phone makers offer a “mini” version of such models like the Galaxy S4 mini and LG G2 mini, it is often a stripped down version with mid-rated processor with an average camera.

With the new Sony Xperia Z1 Compact, you’ll get a powerful 2.2GHz Quad-Core Snapdragon processor with 2GB of RAM and a 20.7MP camera like the full sized Xperia Z1. It also retains the same IP58 dust and water resistance and its premium looking metallic frame around the sides. In the hands, it does feel as good as the original Xperia Z1 but the back panel appears to be made out of plastic, instead of tempered glass. There’s NFC, 4G LTE support and 16GB of storage on-board which comes with a microSD slot as well.

The only compromise on the Z1 Compact is an expected smaller 4.3″ display and a smaller 2,300mAh battery. Although the 4.3″ display pushes a lower 720p HD resolution, the screen is still sharp and pretty decent to look at. In terms of viewing angles, the Xperia Z1 Compact is actually superior than the bigger Xperia Z1 which suffers washed out display at tilted angle. Side by side with the Xperia Z1, it is slightly thicker by 1mm at 9.5mm (Xperia Z1: 8.5mm) but it is lighter at 137 grams (Xperia Z1: 170 grams). It will be coming to Malaysia in April along the Xperia Z2, Xperia Z2 Tablet, Xperia T2 Ultra and Xperia M2. Pricing wise, it is expected to be around RM1,800.

Check out our hands-on of the Xperia Z1 Compact after the break along some comparison with its bigger Xperia Z1. 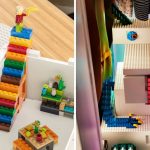 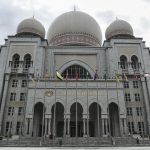 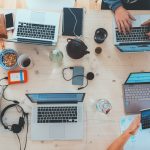