Just couple of days after the Samsung Galaxy Note 3 was officially announced, DiGi has wasted no time and started its pre-registration of interest for the device.

The 3rd generation Galaxy Note with its larger 5.7″ Full HD display and enhanced S-Pen will be launched in Malaysia on 25th September 2013. Apart from DiGi, you can expect the rest of the telcos to offer bundling plan as well.

In terms of pricing, we don’t expect much difference from its usual price of RM2,299 as the original Galaxy Note & Note II when it was launched here. There will be 2 versions available – 3G model with 1.9GHz Octa-Core processor and a 4G LTE model that runs with 2.3GHz Quad-core Snapdragon 800 processor. The question now is whether both models will be rolled out simultaneously or in phases like the Galaxy S4 LTE version in Malaysia.

To register your interest for the Galaxy Note 3, head over to DiGi’s ROI page. 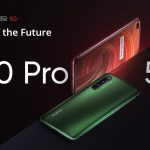