Nokia has confirmed that its Windows Phone powered Lumia 710 smartphone is suffering from an issue that causes the device to show a call is still connected even when the user ends the call leading many to think that they are being charged for additional call time despite trying to hang up. The only way to temporarily solve the problem, it seems, is to power off their Lumia 710 and switch it back on again.

As we approach the launch of the Nokia Lumia 800 and Lumia 710 here in Malaysia, will this be a cause for concern for prospective buyers? Well not being able to end a call is certainly something to worry about but Nokia is quick to point out that the problem is a software bug and the company is “close to a fix”. Nokia added that the fix will be available via Zune but “it is difficult to say when” the fix will be available.

Nokia also says that the inability to end a call is actually a display bug and Lumia 710 shouldn’t worry about incurring additional charges to their mobile bill. Official Nokia Support representative ‘Unwired’ issued the following statement, detailing the issue:

In any case, we’re not able to determine if Lumia 710 units sold in Malaysia are affected by this problem but we will definitely test it out once we receive a review unit.

This is not the first time that Nokia has seen issues with its Windows Phone smartphones. An early firmware version in the the Nokia Lumia 800 caused some battery issues not allowing users to turn on their device if the battery had drained.

For Malaysians, this is nothing to worry about as Nokia Malaysia has assured us that the Lumia 800 sold here will come preloaded with the latest firmware that fixes the problem. 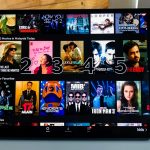