We’ve showed you how good the Exmor R sensor on the Xperia arc is at taking pictures in low or almost no light conditions. But how does the camera on the arc performs overall? With 8MP to play with and Sony’s reputation of making splendid digital cameras at stake, is the Xperia arc better than the iPhone 4, currently world’s most prolific mobile phone camera, when it comes to taking pictures and videos?

Head over to after the jump to find out.

Videos
The colours in the iPhone 4’s videos are more vibrant whilst on the Xperia arc the appear washed out and dull. On the other hand, the arc captures high contrast details better and offer image stabilisation for a much less shaky footage. In terms of motion, the iPhone 4 appears to capture smoother movement compared to the Xperia arc.

Those observations are made when both cameras are used under bright light conditions. When light is less abundant however, the Xpera arc with its Exmor R sensor has the upper hand with fast focusing and very little loss in detail. But colours are still washed out and in the dark, the videos from the arc produces noticeable noise. So with videos, you get on one hand, less noise and richer colours with the iPhone 4 but you sacrifice loss in detail. On the other, you get the Xperia arc’s rich details even in low light conditions but washed out colour and considerably higher noise in the footage.

If it was up to us, we’d say that the iPhone 4’s video quality edges the Xperia arc’s in this comparison. We’d prefer the richer colour and noise-free footages over the washed out colours produce by the arc’s camera. The iPhone 4’s colour reproduction is more vibrant with whiter whites, blacker blacks and deeper hues across the colour range. This makes it more pleasant to watch in our eyes.

Stills
Overall, you get the same issues as with the video. The Xperia arc’s colour reproduction is less vivid, appearing washed out when compared side-by-side with the iPhone 4. But again, its in the low-light and high contrast situations where the Xperia arc stands out. Details in dark areas are captured very well even when set in front of a very light background.

In macro mode however, our initial findings with our arc test unit disagree with what the video above concluded, saying that the iPhone 4 produce better macros compared to the arc. In our initial test, the arc’s macros are better. We’ll have to take more snaps to find the definitive conclusion on this.

Having said that the arc’s camera is superior all round when it comes to taking still photos. Some might argue that its not fair to compare the 8MP sensor on the arc with the 5MP sensor on the iPhone 4 but in the digital camera game, pixel count is just a small fraction of the story. It’s how efficient the sensor is in capturing the detail with the pixels that it has the makes a difference. And in this case the Xperia arc edges the iPhone 4. The details on the still taken from the arc are so much better and the colour reproduction, although washed out, is more accurate.

Still this wouldn’t deter us from saying that the Xperia arc is currently the best Android phone in the market. 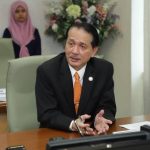 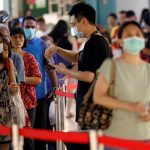 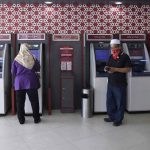