Business Times reports WiMAX networks from Asiaspace and REDtone are up and running and that services from both ISPs are already available in the market.

Meanwhile, YTL E-Solutions say their commercial launch of its WiMAX service is scheduled for next year.

Stop talking about it and show us the goods.

Our thoughts on AMAX
Ok, to be fair, AMAX has a shop in Tmn Tun and we’ve seen some buntings around town and a few ads in the papers. BUT we’re not convinced. The website looks bad (actually, we wanted to say “crap” but we don’t want to be mean) and the marketing effort is half baked at best.

If you go to the AMAX website, under the coverage section you will find this very interesting note:

The AMAX network will cover the entire Klang Valley by end 2008. By the end of 2010, the entire nation will be one big AMAX hot spot.

Sounds like wishful thinking to us as obviously what the website claims hasn’t yet materialised, far from it actually.

And apparently there’s a reason for all the “low-key” marketing.

Asiaspace chairman Datuk Abdul Ghani Abdullah says: “We are not shouting about (the WiMAX services) but we are reaching out to the public,”

He said the company was relatively quiet in terms of promoting its services, but this was to ensure the necessary infrastructure was in place first before offering it to customers.

“We are already in business with our wireless product called ‘amax’ and have a number of subscribers using our services,” Abdul Ghani added.

If we were there we would ask him to reveal the subscriber base and also the company’s expected growth for this year.

For all we know “a number of subscribers” could consists of Asiaspace’s staff, suppliers, vendors and their extended families.

Our thoughts on REDtone
REDtone’s approach is to forgo key market centre’s in West Malaysia altogether and provide WiMAX coverage in East Malaysia, where internet penetration is lower.

On the positive, WiMAX would be perfect for East Malaysia where hardlines are an issue accessing remote areas. This could lead to increased internet penetration in that region. That could be good (the operative word here being “could”).

But then…the company can’t expect to operate a sustainable long term business just concentrating on East Malaysia alone and the by the looks of it, the coverage is really not that good either. East Malaysia is bigger than West Malaysia ok. We could only imagine how the performance would be like.

In the end…
Please forgive us if we’re being too critical but please hear us out. We welcome new players with open arms because more players means more competition. More competition means more choice and better value. This means consumers win.

But so far, the only WiMAX ISP that’s looking capable of providing this choice and value is P1. We’d love to give credit where credit is due but at this point the other WiMAX license holders really have nothing much to show for themselves. 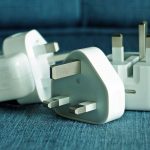